Australia will bring the urn home from England for the first time since 2001, winning the 4th Test at Old Trafford to ensure they cannot be beaten in the series. Setup by continued dominance from Steve Smith, the Aussies won by 185-runs in a tight fought tussle to take 2-1 series lead.

The home side managed to take the game into the last hour of the final day with an impressive defensive display from their tail enders. Pace bowler Craig Overton soaked up 105 deliveries in his knock of 21 while Headingley hero Jack Leach was at the crease for over an hour as the game got tense after the tea break.

Australia had the game in their hands going into the final day on the back of a magnificent batting performance in the first innings that saw Steve Smith notch up his 3rd century in four innings on his way to 211. The visitors amassed a huge total of 497 before skipper Tim Paine declared eight wickets down.

England were looking comfortable in their reply at the end of day three but a blistering spell from Josh Hazlewood netted three scalps before stumps reducing England to 5/200.

Jonny Bairstow and Ben Stokes looked settled early on day four, surviving the first ten overs before Mitchell Starc found his groove, knocking over the pair in quick succession to leave the hosts in trouble.

Jos Buttler managed to stick around with the tail and helped his side avoid the follow-on but they only managed to get England to 301 all-out and trail by 196 runs.

Lead by Stuart Broad, the home side came out breathing fire with the ball, ripping through the Australia top order to drag them back into the match. David Warner fell to the tall quick once again, producing his third successive duck in the series. Harris, Labuschagne and Head soon followed and the Aussies were stunned at 4/44.

As he had throughout the series, Steve Smith stood between England and success, continuing his incredible form with the bat. The star put on an 109-run partnership with Matthew Wade to steer the visitors out of trouble and build an unassailable lead.

Smith was eventually holed out for 82, leaving his tally at a staggering 671 runs in just 5 innings for the series at a mind-blowing average of 134.20. Tim Paine quickly push the lead toward 400 before declaring for the second time in the match and setting England 382 to win with a little over a day left in the match.

The final innings couldn’t start any worse for England as Pat Cummins found the leading edge of Rory Burns bat in the very first over, with the ball spooning to Travis Head. The number one ranked bowler in the world showed his class with a peach of a delivery the very next ball to knock over the England captain Joe Root for a golden duck, leaving Australia 8 wickets for victory on the final day.

England showed resistance again early on the final day with Jason Roy and Joe Denly soaking up 17 overs in the morning session. Cummins again would find the stumps to remove Roy and quickly followed it up to claim the huge wicket of Ben Stokes, denting the home sides chances of saving the game.

When Nathan Lyon claimed his first wicket of the match after the lunch break England looked in major trouble at 5/93, losing opener Joe Denly for 53.

Jonny Bairstow and Jos Buttler managed to get to the drinks break in the middle session unscathed but the short interval only managed to break the concentration of Bairstow who was trapped lbw to Mitchell Starc first ball after the resumption of play.

The English batsman continued to dig in, with Jos Buttler and Craig Overton making it to the tea break to give their side a glimmer of hope. The partnership lasted 20 overs until Buttler misjudged an in-swinger from Josh Hazlewood who rattled his off-stump.

Jofra Archer couldn’t hang around as he copped a ball that kept low, wrapping him on pads, but Jack Leach once again showed his defensive capabilities batting for over an hour with Craig Overton to take the game into the final 15 overs. The fight from the home side brought the crowd into the game as the overs ticked down.

In an attempt to get the breakthrough, Aussie skipper Tim Paine produced a masterstroke by bringing on part-time leg spinner Marnus Labuschagne. The 25-year-old, who only came into the side at Lord’s as a concussion replacement for Steve Smith, produced a spinning, bouncing leg-break catching Leach of guard and he popped the ball up to short-leg.

Despite a magnificent knock from Craig Overton, he wasn’t able to save England as he was wrapped on the pads by Josh Hazlewood. He was given out on field and a review confirmed the ball was hitting the stumps to hand Australia victory and little urn.

Despite the result, there is still plenty of play for as the series heads to The Oval for the fifth and final Test. Australia will be looking to win the Ashes outright while England will be out to level the series. 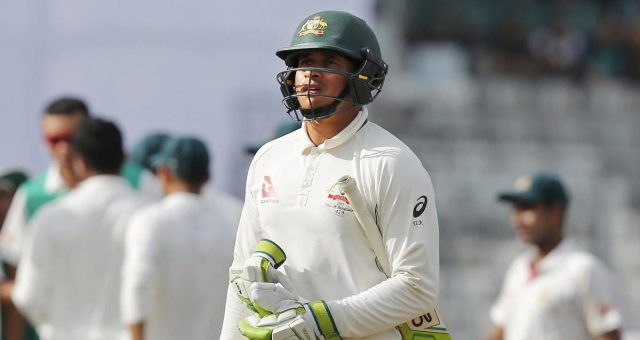 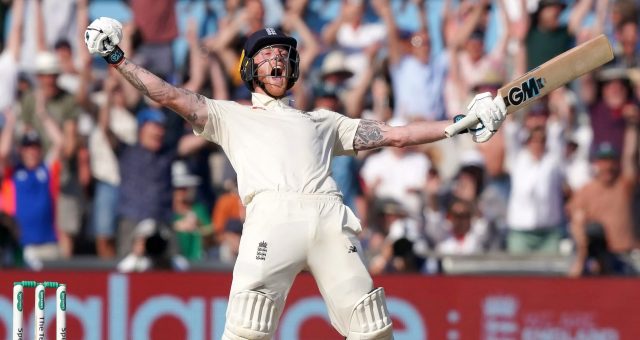