Australia have belted Pakistan by an innings and 48 runs in the day-night Test match at the Adelaide Oval to sweep the Domain Test Series 2-0. The win comes on the back of the dominant win at the Gabba that saw the home side also winning by an innings.

The win was setup by a huge innings from opener David Warner who scored an unbeaten 335, allowing the Aussies to make a timely declaration and give their bowlers plenty of time to get the 20 wickets required to win the match despite a bit of rain throughout the match.

Warner, who scored just 95 runs in 10 Ashes innings earlier in the year, followed on from his century at the Gabba to post his highest Test score of 335 and the second highest individual Test score by an Australian batsmen.

Much like the Gabba, Warner was partnered by Marnus Labuschange who also scored back-to-back centuries with a magnificent 162, as the pair put on a massive 361-run stand to take the game away from Pakistan. The partnership was the highest ever for the 2nd wicket at the Adelaide Oval and moved into the top ten by an Australian pair of all time.

Warner was allowed to pass Sir Donald Bradman and Mark Taylor’s 334, before the Aussie captain Tim Paine declared at a comfortable 3/589. This enabled the home side to take the new ball late on day two under lights and it proved to be perfect timing as the Aussie quicks ripped through the Pakistan top order, claiming six wickets before stumps.

Despite being 6/96 overnight, Pakistan showed some resistance on day three, helped by some sloppy fielding by the Aussies. Babar Azam continued to show his class, following his century at the Gabba, while leg-spinner Yasir Shah counter attacked the Aussie bowlers. Azam wouldn’t quite reach another century as he cruelly fell on 97, handing Mitchell Starc his fifth wicket.

It looked as though Australia would clean up the tail, but Yasir Shah had other ideas as he and Mohammad Abbas put on a partnership to stop the rot. The pair soaked up 25 overs, allowing Shah to bring up not only his first Test fifty but reach triple figures in a sensational innings.

Despite the 87-run stand and missing a handful of opportunities, it didn’t come back to haunt the Aussies as the 287 run first innings lead allowed them to enforce the follow on and send Pakistan back into bat.

The Aussie bowlers snapped up three further wickets late on day three before rain brought play to a premature end.

Enter Nathan Lyon. The spinner failed to claim a wicket in the first innings but he would prove his worth on day four, removing the stubborn Shan Masood and Asad Shafiq in the first session to put the Aussies in sight of victory.

Lyon made the breakthrough again after lunch and when he trapped first innings centurion Yasir Shah lbw, Pakistan were on the ropes. The spinner then struck again before the dinner break, as Shaheen Afridi skied one to mid-on handing Lyon a five-wicket haul.

Josh Hazlewood quickly knocked over Mohammad Rizwan on resumption and just five balls later a mix up between the wickets saw Pat Cummins throw the stumps down and hand Australia a series sweep.

The Aussies will take on New Zealand a three match Test series starting next Thursday 12th December at Optus Stadium.

Pakistan have lost 14 consecutive Test matches in Australia, dating back to 1999. That's a world record for the most consecutive losses in one country in Test history #AUSvPAK #Cricket 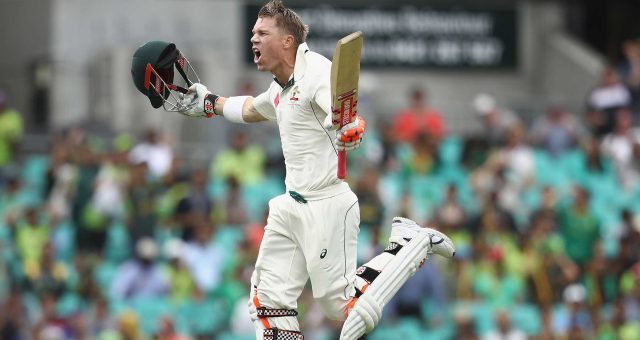 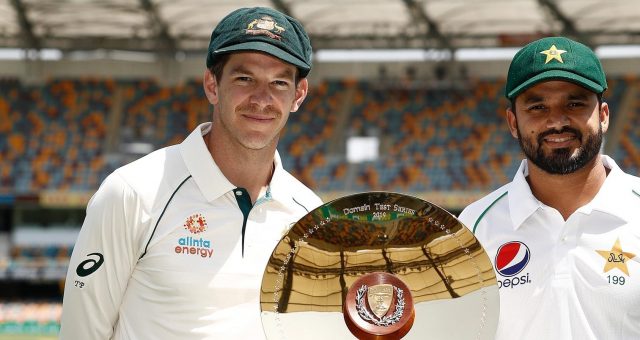