Australia have escaped with a draw on the final day of the 2nd Ashes Test at Lord’s, thanks to a gritty innings from substitute Marnus Labuschagne.

The 25-year-old came into the Australian team on the morning of the last day of the Test match, replacing Steve Smith who suffered delayed concussion after being hit on the head by a bouncer on day four.

Resuming the final day at 4/96, England already had an 106-run lead in a severely rain-affected match. The home side looked to steady to avoid being bowled out cheaply and allowing Australia to chase down a total.

Ben Stokes and Jos Buttler combined to settle the innings on the final morning, allowing England to get to lunch without losing any further wickets, before pushing on after the interval to build an unassailable lead. The pair put on a 90-run partnership before Pat Cummins made the breakthrough, as Buttler hooked one down the throat of deep backward square.

Jonny Bairstow would be the perfect foil for Ben Stokes, as the all-rounder took control of the innings helping push the lead past two-hundred. The advantage put the Aussies out of the game and allowed the hosts to have a crack at claiming the 10-wickets they required to sneak an unlikely victory.

Stokes pushed on, bringing up his century to force the hand of his captain Joe Root to declare the innings, setting Australia 267 to win with 48 overs left in the day.

Backing their fast bowlers, England got off to a perfect start, claiming the big wicket of David Warner and as the opener succumbed to his fourth consective single figure score of the series by edging one off Jofra Archer.

The English quick would back it up, as Usman Khawaja nicked into the gloves of Jonny Bairstow to send shockwaves through the Australia dressing room. This brought substitute Marnus Labuschagne to the wicket with a little over 42 overs still to soak up. The youngster, in just his sixth Test match, was able to get to the tea break with opener Cameron Bancroft and see off the early pressure.

Bancroft wouldn’t last long after the interval as he was trapped lbw to spinner Jack Leach. Travis Head, as he had for most of the series, steadied the ship for the visitors putting together a partnership with Labuschagne that would ultimately save the Aussies from  defeat.

The pair would absorb 22 overs in a 95-run stand before controversy saw the back of Labuschagne. The all-rounder swept a ball off Jack Leach, that ricocheted off the man at short-leg out to Joe Root at mid-wicket who claimed a catch. Replays showed that the ball appeared to bounce in front of the England skipper but inconclusive evidence for the 3rd umpire prevented it from being over-turned.

Labuschagne given out but we may see the decision overturned…

This didn’t stop the media pundits and commentators from cristising both the umpires and the England captain, perplexed about the decision to give Labuschagne out.

When Matthew Wade fell for 1 and Joe Denly took an awesome catch to dismiss Tim Paine, Australia looked in trouble at 6/149 with seven overs still to play in the day.

In a thrilling conclusion, Travis Head and Pat Cummins would guide the visitors to stumps as the light started to fade over Lord’s. The draw sets up an exciting 3rd Test match at Headingley starting on Thursday, allowing Australia to take their 1-nil series advantage to Leeds. 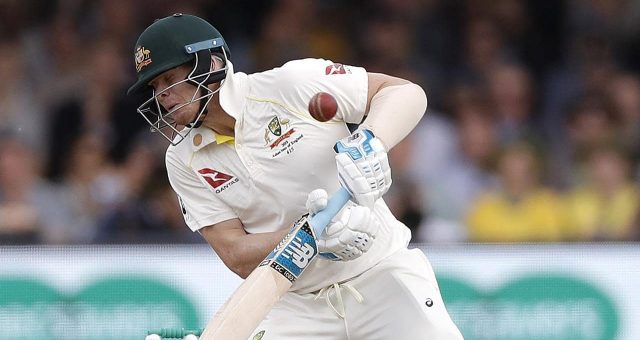 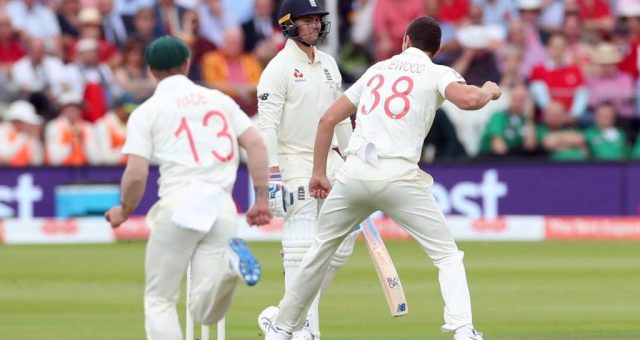