Jonny Bairstow and Jason Roy just starting to get the feel for it as they find a few boundaries to release some of the tension. The longer they stay at the crease the more England’s chances grow.

Nice and tight early from both Behrendorff and Starc. Just six runs from the first 3 overs but the Aussies can’t afford to give the England openers time, they need wickets.

The England innings is underway with Jason Behrendorff steaming in. The first 10 overs will be critical in the outcome of this match. Australia need to crash the top order early or the run chase could get away from them fast.

A bit disappointing from Australia’s point of view. Other than Smith and Carey, they were unable to build any decent partnerships and lost wickets at the wrong time. Credit has to go to England who bowled well throughout the innings.

Can Australia defend 223? Of course they can, but the bowlers will have to be on the money and knock over the England top order.

ALL OVER! Mark Wood knocks over Behrendorff and Australia are bowled out for 223.

Another one. Mitchell Starc edges one to the keeper the very next ball. It’s 9/217 with just under 3 overs left.

WOW! Absolutely stunning bit of fielding from Jos Butler to run out Steve Smith with a direct hit. A big blow for Australia who need to etch out every run they can get. A great innings from the captain, departs for 85.

Not only as @josbuttler just ran out Steve Smith, but he’s nutmegged him
too! 😱😱😱😆 #AUSvENG #CWC19 pic.twitter.com/PRs6UAWAWz

Ooo close! Mark Wood wraps the Australian captain on the pads but given not out. England use their remaining review but it comes up umpires call.

Mitchell Starc doing a job with the bat as he clatters one over mid-off for six. He’s real work will start when he gets the ball in hand later in the day. Australia pass the 200 mark in the 45th over.

Steve Smith is still at the crease, so a decent total is still possible for Australia but the tail needs to stick around and get him on strike. The Aussies are 7-176.

After a lay off of one year from international cricket due to a ban, Steve Smith hasn’t lost his touch,proving himself to be the backbone of Australian batting line up.#ENGvAUS pic.twitter.com/5dLeZxzkk6

CAUGHT! Adil Rashid strikes again, this time to remove Pat Cummins who edges to slip. Smith running out of partners here as Australia hurting at 6/177 with just over 12 overs left.

OUT! Another start for Maxwell and a wasted opportunity. He goes for 22 from 23 balls after lofting a drive to cover off Joffra Archer. The quick now has 2/23 from 8 overs.

Looks like Maxwell means business today. He dispatches Rashid over long-on for the first six of the match. Steve Smith continues to anchor the innings at the other end on 61 not out.

Big innings this for Glenn Maxwell. He managed to keep his spot in the side despite the criticism leveled at him this week over his World Cup form so far. 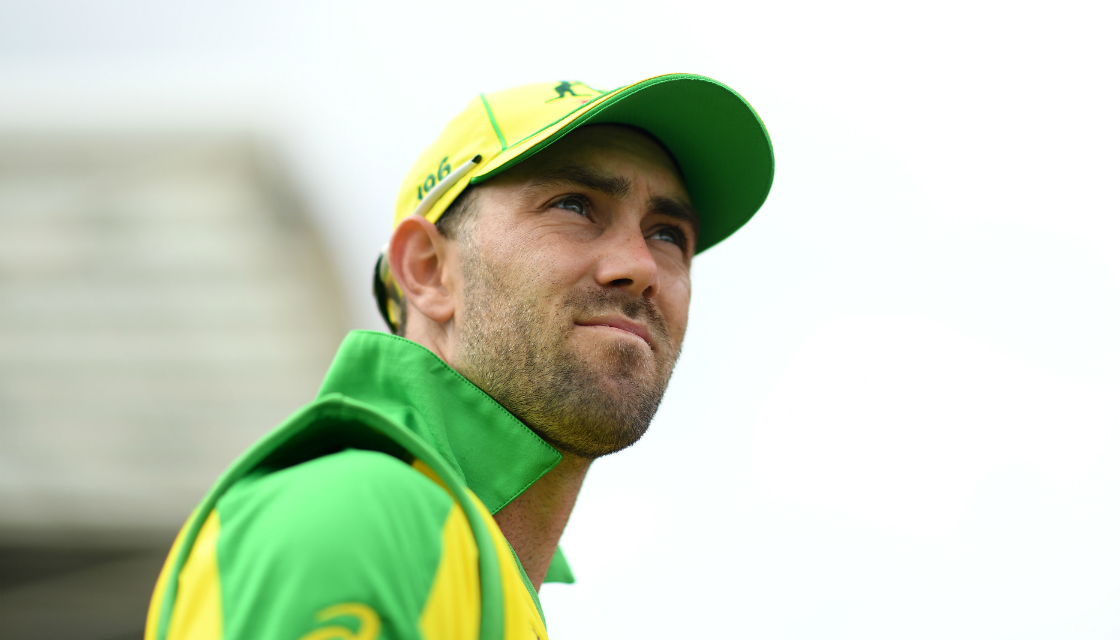 GONE! Two quick wickets for England and they are back on top. Marcus Stoinis lasts just two balls before being trapped lbw by Rashid. Australia in trouble at 5/118.

OUT! A bit of a brain fade from Alex Carey and he holes out in the deep to the spinner Rashid.

Enormous courage from Alex Carey after being whacked on the chin earlier in the match. He’s all patches up but would be in a significant amount of pain.

The hundred comes up for Australia in the 25th over. They are really battling hard to get Australia back into the match and it’s slowly swinging back to an even contest.

The run rate is now at 4.01 as Steve Smith and Alex Carey both move into the 30’s. England are starting to spread the field and the singles are two’s are beginning to flow.

These two have now put on 57 as they start to build Australia’s innings. It’s hard to know what will be a decent total at this stage but New Zealand showed that you can defend 239. If the Aussies can scrounge up 240+ anything can happen.

220 plus and we will win go Australia #ENGvAUS

Smith and Carey are starting to look a bit more comfortable at the crease, stemming the bleeding after the carnage in the first 10 overs. Drinks are on the field and the Aussies are 3/47 from the first 15 overs. 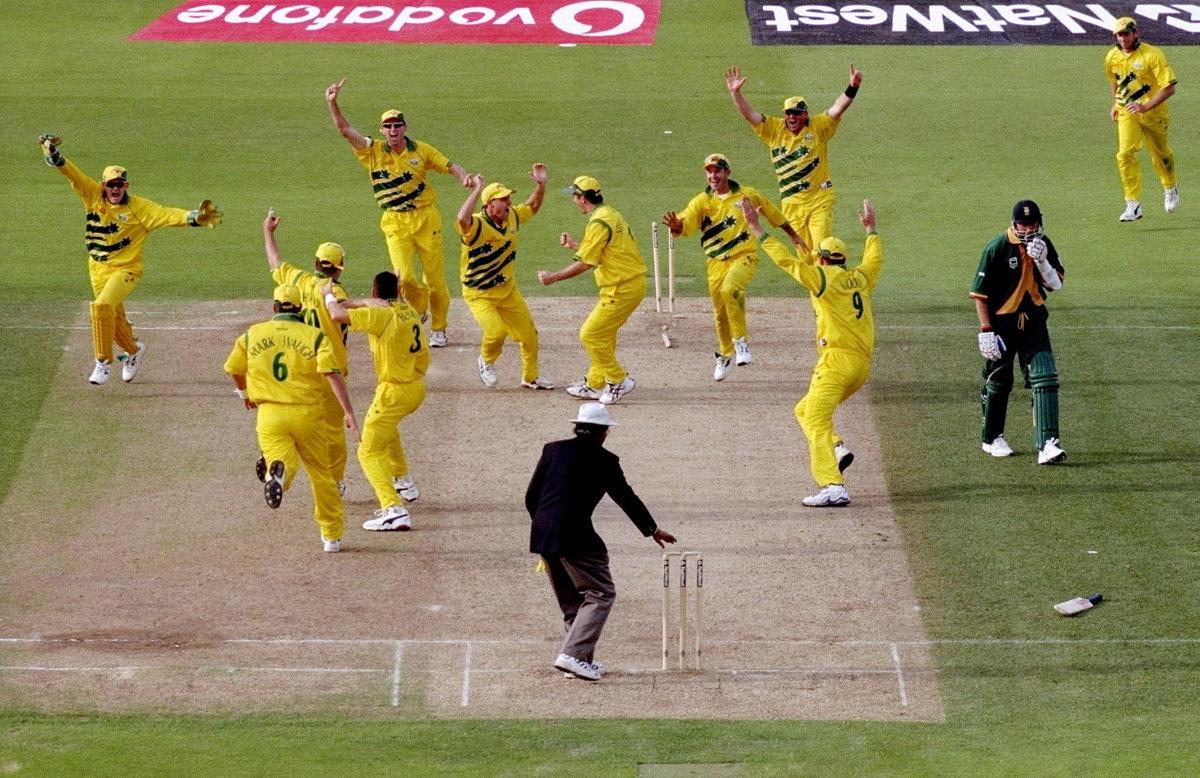 Slow going here for the Aussies, runs are hard to come by. The current run rate is under 3, but we all saw what happened in the other semi-final between England and New Zealand.

Steve Smith has to steady the ship now for Australia. He’s a key wicket here for England. He’s finding it tough going at the moment with 5 from 28 balls. Carey has to stick with him and put together a decent partnership if the Aussies want to post a defendable total.

Ouch! A cracking short ball from Joffa Archer collects Alex Carey on the chin. A small break in play to make sure he is ok and a bit of a breather for Australia to settle.

BOWLED HIM! Chris Woakes goes right through Peter Handscomb and the World Cup debutant goes for 4. Australia are in deep trouble at 3/15. Amazing start here for England, after losing the toss they couldn’t have dreamt getting 3 wickets in the first seven overs.

England are all over the Aussies at the start. Peter Handscomb comes to the wicket on his World Cup debut and survives an lbw shout. England review but it goes back to umpires call.

CAUGHT! Warner goes early too. Short ball catches the opener off guard and he nicks it off Chris Woakes.

OUT! Archer traps the Australian captain Aaron Finch first ball of the second over. It’s sent upstairs but it remains and Australia are 1/4.

What a start Jofra! #ENGvAUS

We are away at Edgbaston and a positive start for David Warner as he dispatches the first ball of the match through the covers for four.

The players are out on the field and are getting set for the national anthems. It’s going to be a cracker of a match. The English have the benefit of the home conditions and the crowd behinds them while the Aussies have plenty of experience in World Cup finals.

Be prefer to be batting first but who cares, this England team can chase down any total and have shown it in the past. Come on England let’s do it #cwc19 #ENGvAUS

Aaron Finch has won the toss and Australia will bat first at Edgebaston.

The toss could be crucial to today’s result and the pitch looks pretty decent. Getting runs on the board in a final is always a good thing so you think would think whoever wins the toss would chose to bat.

It will be interesting to see whether the ‘Big Show’ Glenn Maxwell will make the cut. Peter Handscomb will make his World Cup debut, as he replaces the injured Usman Khawaja.

A few showers are predicted around Birmingham today, so hopefully they won’t affect play. It looks like they will come through later in the day. Lets hope we don’t get a repeat of the first semi-final.

Here’s the chance of rain by the hour in Birmingham today ahead of the semi-final #CWC19 🏴󠁧󠁢󠁥󠁮󠁧󠁿 #ENGvAUS 🇦🇺 pic.twitter.com/q3N4Mtfzph