It’s been an interesting 12 to 18 months for David Warner. The fiery opener has been through one of the lowest points of his career after being suspended as a part of the ball tampering scandal that rocked Australian cricket last year.

Warner was stripped of his vice-captaincy and was banned from International and Australian domestic cricket for 12 months. The 32-year-old continued to play club cricket to maintain his form, before making a come-back in the 2019 World Cup.

Before the tournament Warner would have probably been the first choice opener for the upcoming Ashes series, however after an impressive series he would now be locked-in to return to the Test team.

Partnered with Aaron Finch throughout the tournament, the opener piled on 647 runs at an average of 71.88, just one run shy of the highest of the series set by Rohit Sharma.

Warner’s last test series was the forgettable tour of South Africa which saw not only a 3-1 series loss, but the infamous ‘sandpaper-gate’. Along with team mates Steve Smith and Cameron Bancroft, Warner was banned following the third Test match, missing the final game of the four match series.

Prior to the incident Warner had an servicable series getting a number of starts but was unable to turn them into big scores. He totalled 217 runs at an average of 36.17.

Preceding the tour of South Africa was the last Ashes series in Australia. The Aussies dominated on home soil, winning 4-0, as the Poms narrowly avoided a second consecutive whitewash in the country.

Warner had a great series with the bat, scoring 441 runs at an average of 63, including a century in the Boxing Day test match in Melbourne. He was unlucky not to reach a ton in the second innings in Brisbane, finishing 87 not-out as the Aussies romped to a 10-wicket victory.

Warner made his Ashes debut in the 3rd Test of the English series in 2013. He was brought into the side after Ed Cowan and Phil Hughes failed in the first two tests.

With the Aussies already 2-nil down in the series, Warner was thrown into the fire, managing just 5 from his first dig, batting at number six. He went on to score 41 in the second innings as rain saved England from almost certain defeat.

Warner was unable to have match of an impact on the outcome of the series, despite a handy 71 in the second innings in Durham, finishing the series with 138 runs at an average of 23. The Aussies slumped to a 3-nil series loss. 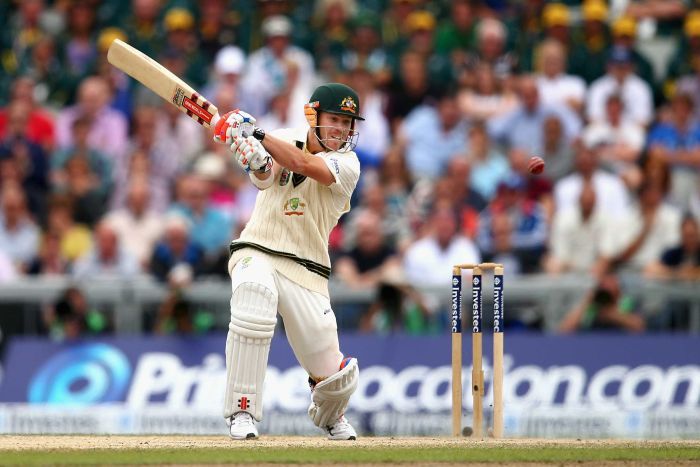 Warner would enter his next trip to England for an Ashes series in great form, playing all 5 tests in 2015. However, much like his previous visit, he was unable to put runs on the board in the first innings.

Half centuries in the second innings of each of the first four tests weren’t enough as England jumped out to a 2-1 lead before knocking over Australia for just 60 in the first innings at Nottingham to help clinch the series. An 85 at The Oval saw Warner finish the series with a respectable 418 runs at an average of 46.

David Warner has a pretty healthy average of 48.20 from 74 tests and has been one of the stalwarts since making the transition from shorter forms of the game.

He also has a decent record against the old foe, averaging a touch over 49 including 3 centuries. However, as with most batsman, the average tends to be skewed when comparing home against away matches.

All of Warner’s centuries against England have come on home soil, where he averages an impressive 60.25, while his highest score in England is just 85. This means his average in England is a more modest 37.06.

Despite the gap between his home and away Ashes record, it would be rare to find a player who averages more on foreign soil, so it’s safe to say Warner will make his return to Test cricket in this upcoming series. 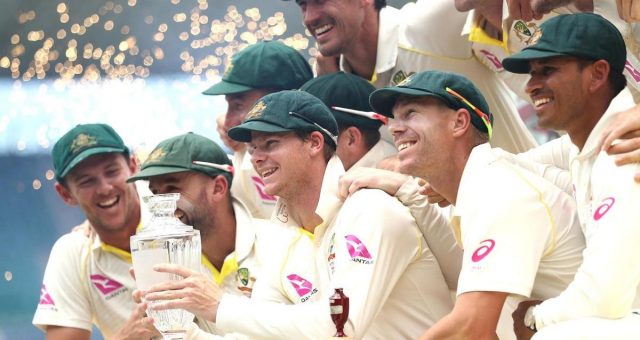 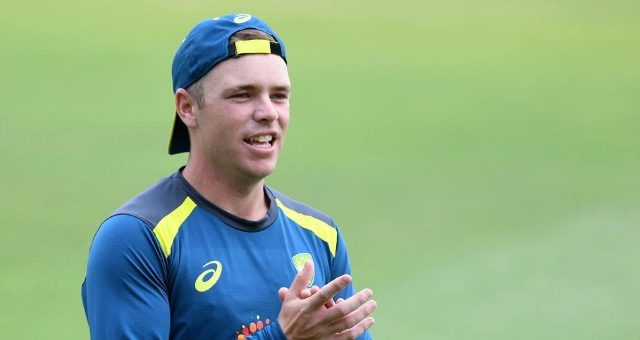