Australia has humilated India, thrashing them by 10 wickets in the 1st ODI match in Mumbia thanks to centuries from Aaron Finch and David Warner. The visitors didn’t lose a wicket as they cruised to victory, chasing down India’s 255 with more than 12 overs left in the sheds and all wickets still in tact.

Australia got off to the perfect start with the bat as Aaron Finch attacked from the get go while Warner started watchfully, much like the first T20 of the summer against Pakistan. However, in similar fashion to that match Warner came alive and boosted his strike rate with a flurry of boundaries after surviving a scare which saw the DRS overturn a caught behind decision.

All of a sudden the visitors were going at a rate of knots, 0/84 after the first ten overs, before Finch brought up the 100-run partnership with a maximum.

Both quickly past fifty and with the field back were content to push the singles around with the required run-rate under 4 per over. India had no answers as the pair ticked off the milestones and were soon in sight of the required total.

Warner continued his great summer form from the T20’s and Test series, finishing with 128 not-out from 112 balls to get the man of the match, while Finch was unbeaten on 110. The partnership of 258 is the highest ever ODI stand against India.

The loss for India puts the pressure on the home side who must win at Rajkot on Friday in the second of a three match series. Australia will be looking to wrap up the series to win their consecutive ODI series in India after coming back from 2-0 down last year to win the series 3-2.

Earlier, the Aussies fought back well with the ball to bowl the home side out for 255, as it looked as though India were building for a huge total on the back of a 121-run stand from Shikhar Dhawan and KL Rahul.

After losing Rohit Sharma to Mitchell Starc in the fifth over, many were left wondering why star captain Virat Kohli was pushed down the order with KL Rahul coming in at three. As the pair slowly built a partnership it looked as it might be a master stroke as the home side got to the half way mark just one wicket down.

Ashton Agar would make the breakthrough for the Aussies and it sparked a mini collapse that would put a halt on the innings. KL Rahul spooned Agar straight to Steve Smith to fall for 47 before Dhawan fell the very next over via a leading edge off Pat Cummins.

When Adam Zampa claimed the big wicket of the Indian skipper Virat Kohli who hit it straight back to the spinner, the game had well and truly turned. Mitchell Starc soon found the edge of Shreyas Iyer’s bat and the home side had lost 4/30 to be in a bit of trouble at 5/164.

Rishabh Pant and Ravindra Jadeja attempted to resurrect the innings, taking the total past the 200 mark and you felt the pair could steer the innings to an effective total. Kane Richardson would make the breakthrough, getting his first wicket with a little tickle from Jedeja.

Pat Cummins then removed Pant with a brute of a delivery that he edged onto his helmet before flying out to point. Some late hitting from Mohammed Shami and Kuldeep Yadav pushed the total past 250 but the home side was bowled out with five balls left in the innings.

And there it is!

A dominant performance from David Warner and Aaron Finch, leading Australia to a 10 wicket win in the first ODI. 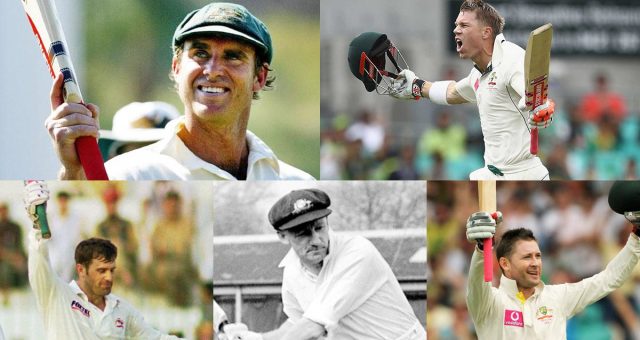