A shame it was just retained?

It’s an amazing feeling for Australia to have retained the Ashes, the first time on English soil since 2001. It’s been a long 18 years and we’ve arguably had some better teams leaving our shores during those times but the wait has definitely made bringing the little urn home that much sweeter.

However, unlike 2001 we were unable to win the series outright which is a little disappointing. It was quite the rollercoaster series for the Australians but you can’t help but think it was an opportunity gone begging.

Throughout my early years as an Australian cricket fan, I’ve been very privileged to watch some of the most talented cricketers of our time and teams that dominated the cricketing landscape. The 2001 series had just come on the back of a record breaking 16 Test winning streak lead by captain Steve Waugh.

At that time I was just in my early teens and I still vividly remember waiting until my parents had gone to bed to sneak out into our backroom, where our only TV in the house was located, to watch the Ashes. I would lie there with my eyes fixated on the TV until I could no longer keep them open. At that point I would connect headphones to my old Sony diskman with its built-in radio and listen to ABC Grandstand as I would drift in and out of sleep, occasionally woken by the crowd at the fall of a wicket.

These days, not much has changed except I now don’t have to sneak around to watch the TV, as long as I don’t wake the misses up when I come to bed to listen with my, now wireless, headphones. Maybe some day my young son too will be sneaking out to watch the cricket beside me on the couch, only for me to carry him back to bed when sleep has got the better of him.

The 2019 series has been truely remarkable. I don’t think I ever remember being so riveted to an Ashes series in England in my life time, staying up watching or listening to the match until the end of play despite having work the next day.

From the lows of being 8-122 in the opening Test at Edgbaston to the incredible fightback on the back of two centuries from Steve Smith.

Wondering whether our series was done after Smith was then quite literally knock out of the second Test at Lord’s and escaping with a draw.

The rollercoaster of emotions in the 3rd Test at Headingley alone was more than enough to handle. Bowling England out for 67, you thought for sure that the match was over. It turned out to not only be the best Test match I have every seen but also the single most devastating loss of any sporting match I’ve witnessed ever in my life.

From there you wondered if there was any way back. Was that going to completely sap the confidence of the Australian team, despite being 1-all in the series with two matches still to play?

The resilience from the Aussies to bounce back at Old Trafford was incredible. They quickly put the disappointments of Headingley behind them and compiled an innings to put them way ahead on the match. However, as the final day meandered on and the English batsmen continued to hang around, my fingernails were getting a good work out. As play continued into the final session there was no way I was going to sleep and anxiety crept in as England made it to the final hour. It was a massive relief to get the final wicket and even at 3:30am I found myself punching the air in excitement that we’d finally retained the Ashes.

When the final Test at The Oval came around, it presented a great opportunity for the Aussies to not just retain the urn but win them outright. Heading into the series, had you offered the Australian’s a chance to retain the Ashes they would have bitten your hand off, so technically their work was done.

The 5th Test didn’t pan as we would have liked. Winning the toss and sending England into bat was always a gamble but had we held our catches on that first morning, things might have been different. As it had been throughout the series with the bat, we’d left to much to too few, with our reliance on Steve Smith more than a bit worrying. When England started their second innings with a handy lead it was clear that it was going to be an uphill battle to win the match for the visitors.

Not only were the matches themselves yo-yo like in nature, watching individual players throughout the series was an amazing experience.

Steve Smith not only produced one of the most incredible comebacks of all-time but it was the single most dominant series of any batsman I have personally witnessed in any form of the game. Racking up 774 runs at an average of 110.57 was something special. Despite missing the second innings at Lord’s as well as the entire Headingley test, Smith finished a staggering 333 runs ahead of the next best batsman Ben Stokes who posted a respectable 441 runs at 55.12.

At the other end of the scale was David Warner, who probably had one of the worst series I can ever remember. The opener scored just 95 runs from 10 innings with 61 of those coming in the first innings at Headingley. Stuart Broad completely decimated the Australian openers and Warner had no answers, falling to the quick seven times in the series.

In a way Australia were perhaps lucky to even walk away with the draw. After all they were 8-122 at Edgbaston. They only just held on for a draw at Lord’s and England nearly held out at Old Trafford. The god-like series from Steve Smith certainly helped paint over the cracks in the batting line-up and our calmness under pressure left a lot to be desired.

However, you can’t help but feel that had we caught better at The Oval and avoided the embarrassing slip-up at Headingley we may have also flown home with a series victory under our belts.

The series count is in: 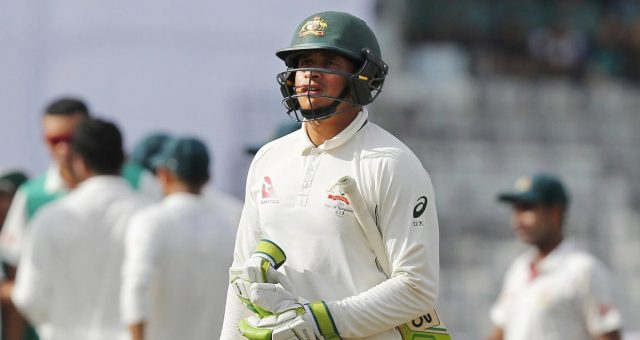 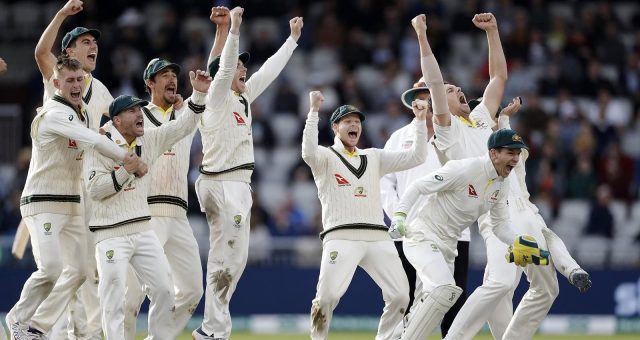