All roads in the cricketing world lead to Old Trafford this week. But as Australia suits up for arguably its most important test match in the last 18 months, it could be the scene that potentially marks the end of the road for a mainstay of our Test XI. Merely 11 months on from his vigil at the crease, anchoring down for a day to score the most memorable of centuries of recent times by an Australian on that 50-degree day in Dubai, the immediate playing future of Usman Khawaja is now up in the air.

Khawaja, who after a below-par series with the bat to date has been dropped for the 4th Test to make way for the returning Steve Smith. The selectors choosing to axe the elegant left-hander, sticking with Marcus Harris up top along with Travis Head and Matthew Wade as left-handers in the middle order. To many, it was viewed as a shock axing and a big statement from Trevor Hohns and Justin Langer. Especially since he led the Australian team in its recent tour match against Derbyshire and looked like he would move up to open the batting.

A place where statistically, he has performed best at Test level, boasting the best average of any opening batsman in test history.

Yes, you read that right.

Khawaja has opened the batting in 5 tests and 7 innings. 3 games in Australia and 2 in the UAE 11 months ago. He has scored 484 at an average of 96.80 including 2 centuries (one against South Africa at home and one against Pakistan away) along with two other scores of 50 plus. His opening output offers serious food for thought. Khawaja’s omission could not have been made lightly by the Australian selectors; chairman Trevor Hohns, Greg Chappell and coach Justin Langer, in consultation with captain Tim Paine. In remarkable contrast, England has retained struggling batsman Jason Roy for the fourth Test and given him the chance to bat No.4. Roy will swap batting positions with Joe Denly, after six failures as an opener this Ashes series. But Khawaja, now a 44 Test veteran, about to turn 33 at the start of the Australian Summer and out of the team for the 4th Test of a tied 5 match series could very well spark the beginning of the end. It feels like we have been waiting a decade for him to deliver and be the player we had hoped he would turn out to be and unfortunately, it just hasn’t happened yet.

In the series to date, Usman has contributed scores of 13, 40, 36, 2, 8 and 23 at Number 3. The sequence isn’t disastrous – there are some reasonable scores, and his 40, in particular, helped turn a vulnerable position into an eventual win. But a batsman at first drop is expected to produce match-defining performances, and the belief that this player can do that in this series has run out. When you contrast that with the player who will replace him at first drop – Marnus Labuschagne, who has scored more half-centuries in the last week (3) that Khawaja has scored in the past months (2) since his Dubai heroics. Couple Labuschagne’s form and emergence, locking himself in for the rest of the series and the home Australian summer, Along with the backing of Marcus Harris up the top, and with the likes of Kurtis Patterson and Will Pucovski waiting in the wings, it doesn’t look good for the Captain of Queensland.

An average of 40.66 from 44 Tests with 8 hundred to his name, Khawaja has many doubters. But at the same time, he produces moments to convince you that he can do it at this level. There was even time this week where his name was thrown up as a potential successor to Tim Paine when he pulls up stumps on his career. Traditionally in Australian Cricket, the captaincy is given to the best batsman in the team and we have seen that the spot of the best batsman in the team is usually number 3. Yet time and time again, when you want to back him in to get a big score when his country needs it the most, batting at no. 3 where you are expected to stay in for a long time and go big – He doesn’t. So, it is not surprising to see him left out of the team in such a crunch game. Its a disappointment, considering how hard he has worked on his fitness and technique to get better over the past 12 -18 months and get back from respective injuries and try and be “the man” for Australia and finally become the player he was destined to be.

Instead, he’ll be carrying the drinks and thinking if he will get the chance to add to his tally of 12 Ashes test matches. With a measly average of just 29.85 against England and only 19.66 in England, he might not have a chance to wear the baggy green on these shores again. Whether the Ashes do or don’t come back to Australia at the end of September, it remains to be seen if Usman will be viewed as surplus to requirements. 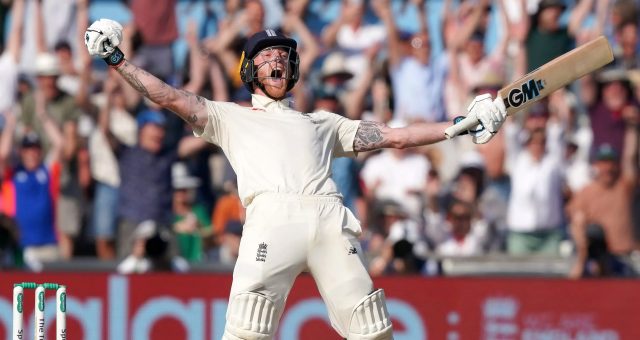 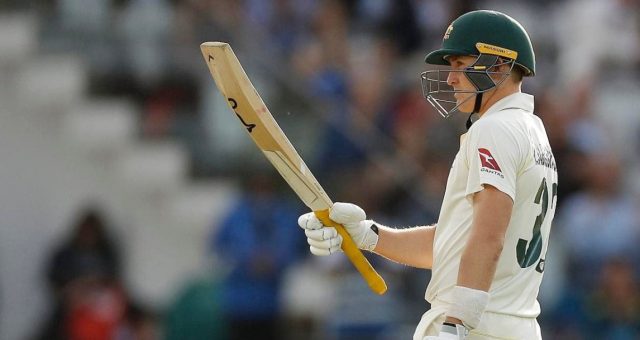