The Tasmanian Tigers have pulled off a stunning upset in the Marsh One Day Cup, beating a New South Wales side full of Australian listed players, cantering to a six wicket win at North Sydney Oval.

The home side had the luxury of fielding David Warner, Steve Smith, Pat Cummins, Mitchell Starc, Josh Hazlewood and Nathan Lyon all fresh off an Ashes tour but were unable to come away with a much needed victory.

The Tigers skipper Jordan Silk won the toss and elected to bowl despite the perfect conditions and they got off to the perfect start, with Riley Meredith picking up the dangerous David Warner in just the fourth over.

The opener struggled in the recent Ashes series averaging just 9.5, but returned to form hitting a century in his first Sheffield Shield outing last week.

When a poor call for a single from opener Daniel Hughes saw Jordan Silk’s direct hit run out team mate Moises Henriques and the hosts were in a bit of trouble.

Hughes was joined by Matthew Gilkes and the pair looked to settle the Blues innings but young quick Nathan Ellis would produce an impressive spell to turn the tide of the match.

Ellis made the breakthrough to remove Hughes, while Clive Rose produced a delivery to bring a false shot from Gilkes, leaving New South Wales reeling at 5/136.

The 25-year-old then looked to target the stumps knocking over both Sean Abbott and Pat Cummins with similar deliveries that rocked the off stump.

He then produced a perfect delivery to a tail-ender, an old-fashioned yorker to bowl Nathan Lyon. Stranded Blues skipper Peter Nevill was also bamboozled by a full delivery from Ellis who claimed his first five-wicket haul to have the Blues bowled out for 237.

The visitors got off to a flying start against a top notch bowling attack scoring 37 in the first five overs before Ben McDermott skied one off Pat Cummins. The Tigers luck continued as replays showed the fast bowler had over stepped, giving the opener a life. McDermott, who has been called up to the Australia T20 squad, put on 63 for the first wicket with Caleb Jewell before Josh Hazlewood made the breakthrough to dismiss Jewell for 24.

McDermott brought up his half-century, pushing the total past the hundred mark but used up his luck being bowled by Nathan Lyon attempting a reverse sweep.

When Beau Webster was trapped lbw by Josh Hazlewood, it looked as though the NSW attack might wrestle back the momentum but skipper Jordan Silk and veteran George Bailey would settle the innings and take the game away from the Blues.

The pair put on a 119-run partnership to put the Tigers within sight of victory and effectively end New South Wales hopes of making the Marsh Cup final. 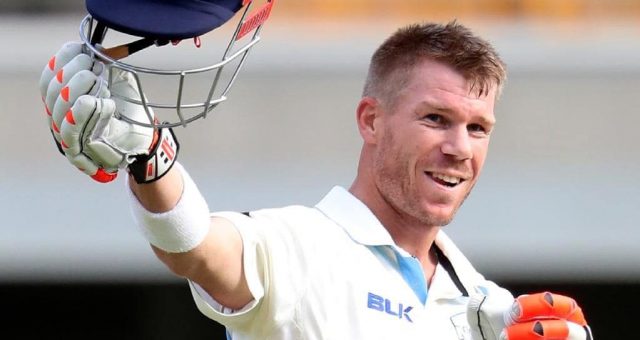 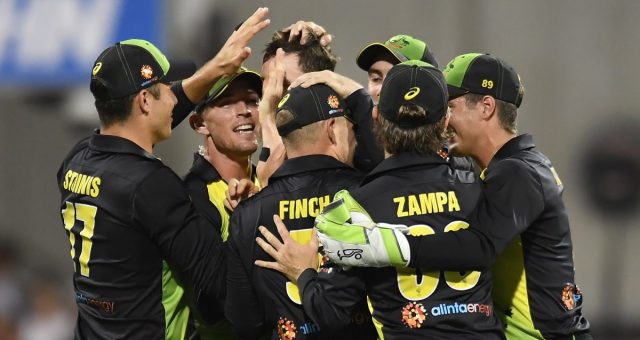