Another chapter in the Summer of Stokes

It was only 6 weeks ago that we thought we had seen the greatest thing ever in a cricketing sphere. A tied World Cup Final at Lords, a tied Super Over in a World Cup Final, and a day that will live long in the memory of Cricket fans all over the world. Central to that day was one man. Ben Stokes, who mixed masterful skill along with some brilliant divine intervention to propel England to glory. 6 short weeks later he has done it again.

Pressure equally as big but the stakes and odds even further stacked against him. He stood at the other end as the wickets tumbled around him. He had only managed 2 runs off his first 70 deliveries faced – how focused he was. For all the sniffs that England had throughout the day that were snuffed out at the fall of every wicket and for all the nerves and tremors that would’ve been felt by all twenty thousand Yorkies in the stands, the ex-players on commentary and all the journalists from across the globe gathered in the press box and teeth clattering from the millions of nervous wrecks sitting in their living rooms or pubs watching it unfold all over the world, Ben Stokes was the coolest man in Leeds.

This is well and truly the summer of Stokes.

The first day of the World Cup he peels off an unbeaten 80 before going on to take one of the best outfield catches you will ever see. He then contributes 4 more scores of substance over 70 to help deliver the cup in what was a superman like performance across the tournament, especially on that final day at Lords. But you can look at the world cup in isolation as these performances over the past 3 Ashes test matches are a build-up of what is sure to be 18 months of regret, guilt, and frustration.

Stokes was meant to be a part of the touring group down under in Australia two summers ago. He was meant to serve as deputy to Joe Root in a bid to retain the Ashes on Australian soil. A boozy night in Bristol which led to police intervention was the night that many ex England greats believe that the Ashes were lost back then. He didn’t feature at all in that series and Australia went on to win 4-0 in a canter.

England had no right to chase down 359, not after getting bowled out for 67 in the first dig. Not after being 2 for 15. not after being 9 down still 79 runs away from the total with Stokes on 66*. He had seen his set captain skip down the pitch and nick one. A dashing Bairstow dab at a wide one and get caught. Ran out the most likely of his partners to get it done with him in Buttler, and seen the tail go cheaply. and seen Yet somehow Ben Stokes put on his superman cape again and carried his country home.  Make no mistake about it, he is a man on a mission who is making up for lost time and his sins.

Let’s also not forget that this is the same guy who effectively bowled 24 overs straight including 15 in a row essentially from the tea break up until the close of play on Day 3 while Jofra Archer was off the field. Pounding in and sending them down at close 90 mph, bowling Travis Head with a beautiful in-swinger, bouncing out Matthew Wade and drawing nicks that were dropped off the seemingly unflappable Marnus Labuschagne. Building pressure and creating a presence to try and swing the game back in his country’s favour any which way he could.

His impact on this series and English Cricket this summer has already been profound. The World Cup, A hundred last week at Lords to take them from a certain draw to the thoughts of a possible win and a performance at Headingley that equaled and or bettered the likes of both Botham in 81 and Flintoff in 05. When Ricky Ponting, & Geoffrey Boycott – both Ashes and Cricketing royalty are hailing it as one of the best test innings that they’ve ever seen – you know that something special has been achieved.

I’ve seen some remarkable cricket moments in my life but that is the best I’ve seen in over 50 years. @benstokes38 saved the Ashes and gave a magical inspirational innings. Even better than his World Cup performance.
Well done @ECB_cricket

For all the chances that Australia had to win the game and tuck the urn away with 2 to play. The mismanaged reviews, the missed runout with only 2 runs to win, the dropped catch, the sloppiness with the 2nd new ball and for some unknown reason a will against firing in a Yorker, Ben Stokes just wouldn’t be denied. Yet again being the man to save the day for England. As such, we move on to Manchester with the Ashes well and truly alive.

Cricket has seen some truly ridiculous days in the last 12 months. Usman Khawaja, 141 in the UAE batting for over 125 overs to help Australia save the test they were destined to lose. Kusal Perera’s 153* to sink South Africa in Durban with only number 11 for company. A 2-day one-day semi-final in the World Cup which delivered an ultimate upset and a World Cup final which deserves a documentary on its own. Then there’s this day with Ben Stokes writing another chapter in his summer for the ages, ensuring that the battle for the little urn lives on and leaving all of us wanting more.

IT’S OVER! AN INCREDIBLE BEN STOKES INNINGS GETS ENGLAND HOME! 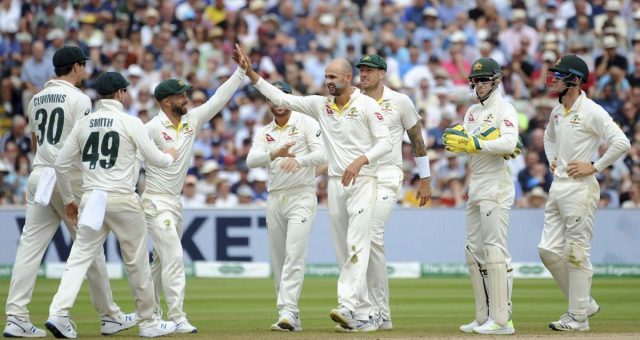